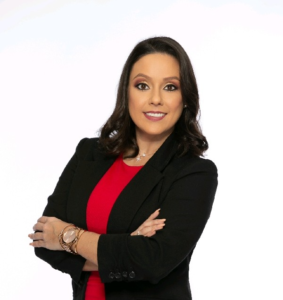 Jane Wight is far from your average jane. She is the first female Chief Executive Officer of BOSS – one of the leading distributors of stationery, office furniture and thermal rolls in Trinidad and Tobago. Jane stepped into the leadership role in 2017 after working as the company’s Human Resource Manager for a number of years.

But Jane’s journey to success wasn’t straightforward. After graduating with a Bachelor of Commerce from the University of Guelph in Canada, she realised that there were limited options available for an inexperienced graduate. After several job rejections, she was inspired to start her own consultancy business and enrolled in a Masters of Human Resource Management from Arthur Lok Jack Global School of Business in Trinidad.

After gaining significant experience as an entrepreneur in strategic planning, customer service, sales strategy, performance management, leadership development and employee engagement, she joined BOSS in 2015 as the Executive Human Resource Manager.  As the HRM, Jane was asked to help strategise the company’s succession planning. In 2017 the CEO position became open and Jane was the top-runner for the job. Though she had learned about every aspect of the business, in true HR style, Jane ensured that the position was advertised internally – a testament to her character as a leader. She proved her worth and ascended to the position.

Apart from her corporate position, Jane is also a member of the Employment & Labour Relations Committee at the T&T Chamber of Industry & Commerce and is a former board member of the Human Resource Management Association of T&T.

Jane mixes her HR background with her current leadership role. She has led the company through different scenarios and climates. Her experiences as a leader of a large company will add value to this year’s conference/