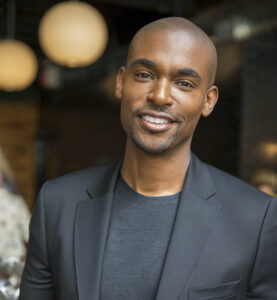 Paul Carrick Brunson is a serial entrepreneur, television host, and columnist whose speciality lies in teaching others. An internationally recognized expert in interpersonal relationships, personal development, and entrepreneurship, he currently serves as a featured business columnist for USA Today, co-host of UK’s Celebs Go Dating television show, co-host of UK’s Married at First Sight, and host of the Better with Paul LIVE podcast.

Major media outlets throughout the world, such as Good Morning America and The New York Times in the U.SThe Guardian and Sunday Brunch in the UK, and The Jamaican Observer and TVJ in Jamaica have sought Paul’s insights on finding love and pursuing entrepreneurial passions. Named as a “Top Voice on LinkedIn”, Paul should not be mistaken for just a matchmaker. In fact, Oprah Winfrey said herself that, “Paul is much more than a matchmaker.”

The heart of his work is centred on impacting lives through mentorship and developing a new generation of servant-leaders with a desire to change the world. Paul is the founder and chair of “Give Love, Build Hope” – a non-profit organization dedicated to transforming schools in rural areas of the Caribbean.

Paul’s influence and passion for nurturing the minds of leaders have led him to present at this year’s conference on the topic of Developing a Global Leadership Mindset.