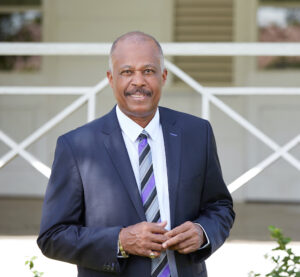 Professor Sir Hilary Beckles is a distinguished global leader and renowned activist, who currently serves as the 8th Vice-Chancellor of the prestigious University of the West Indies.

Recognized both regionally and internationally for his academic achievements and leadership expertise, Sir Hilary was called upon by the United Nations to serve as an inaugural member of the Science Advisory Board on Sustainable Development – a position he still holds.

As a thought leader, Sir Hilary has led many provoking discussions on Caribbean history and development and has taken these discussions internationally. Through this, he serves as Vice President of the International Task Force for the UNESCO Slave Route Project, a consultant for the UNESCO Cities for Peace Global Programme, and an advisor to the UN World Culture Report.

As an esteemed academic Sir Hilary has lectured extensively and has published over 100 peer-reviewed essays and over 13 books. Under his leadership, the fifth Campus of The UWI – Five Islands – was born to address the underserved communities in the Eastern Caribbean. His stewardship was vital in the university’s debut into the prestigious Times Higher Education Ranking, in which it was ranked in the top 4% of the world’s best universities.

Apart from his academic responsibilities, Sir Hilary also holds multiple leadership positions within the private sector. He serves as a director of Sagicor Financial Corporation PLC, the largest financial company in the region and Chairman of the Caribbean Examinations Council (CXC).

With over 30 years of experience as an educator, activist and thought leader, Professor Sir Hilary Beckles will add a wealth of knowledge to this year’s conference.